A user known as ultraneonoirantihero took it upon themselves to try and crack the problem of running Grim Fandango in a higher resolution... and in widescreen! Hacking Residual and adding additional artwork to the sides of the existing screens, they've done an amazing job.

Watch the video for yourself!

Update: ultraneonoirantihero has explained how they put the video together in the Residual forums. It was actually all done in video editing software and PhotoShop (and not Residual), but it's still very impressive indeed! You may not immediately appreciate just how much work went into it, in fact. Take a look for yourself.
Posted by Johnny Walker at 06:32 2 comments

When I first opened up Manny's suit in Photoshop I was a little perplexed... where do you add the detail?

Should we be able to see the fibres of his suit? Should there be more detail in the suit's pattern? Should it look photo-realistic? If not, how do you add detail to something so basic and cartoony? I didn't know where to begin, and it made me wonder: Just what does Grim Fandango look like in "high-resolution"?

The promotional material surrounding Grim Fandango actually used models from the game, and so wasn't any help.

I was trying to recall when if ever saw a detailed close-up of Peter Chan's creations, when I remembered the game's inventory screens: 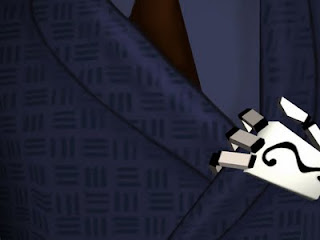 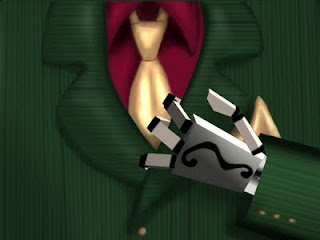 Looking at these it was clear that if we could "zoom in" on the Grim Fandango world that it would look hand-drawn, not photo-realistic, and very deliberately so. (I guess this ties in with the idea that the characters are hand-made calacas, although I personally like to think that Manny and company are actually made of bone, not papier-mâché.)

The understanding of the look of the world of Grim Fandango led to the first texture test we did: 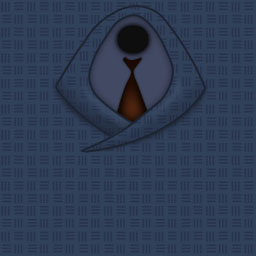 There's probably still ways in which this could be improved, but I was quite pleased with how it looked in the game itself. 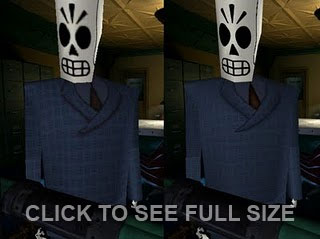 Think you can do better? Coming soon: A guide on how those with texturing skills can help the Grim Fandango Deluxe project!
Posted by Johnny Walker at 14:31 7 comments